Words to transport you. 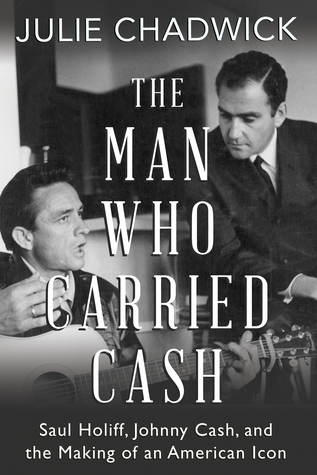 Nanaimo author and freelance journalist will read from The Man Who Carried Cash and her Walrus nominated article on toxic breast implants at Portal magazine’s Portfolio Reading Series.

Before there was Johnny and June, there was Johnny and Saul. The Man Who Carried Cash chronicles a relationship that was both volatile and affectionate between Johnny Cash and his manager, Saul Holiff. From roadside taverns to the roaring crowds at Madison Square Garden, from wrecked cars and jail cells all the way to the White House, the story of Johnny and Saul is a portrait of two men from different worlds who were more alike than either cared to admit.

Saul handled the bookings and the no-shows, the divorce and the record deals, drugs, overdoses, and arrests. He was there for the absolute worst of times, but also for the best: Carnegie Hall, Folsom Prison, “A Boy Named Sue,” and Cash’s hit television series. But in 1973, at the zenith of Cash’s career, Saul quit. Until now, no one knew why.This is the unlikely, rocky relationship between an American country superstar and his straight-laced Canadian manager.

Julie Chadwick is an award-winning journalist and editor whose work has appeared in the National Post, Vancouver Sun, Victoria Times-Colonist and Vice. She lives in Nanaimo, B.C.

She is the author of The Man Who Carried Cash. Her article for The Walrus in March 2019 “Are Breast Implants Making Women Sick” was nominated for the Allan Slaight Prize for Journalism, a $10,000 prize awarded to an independent journalist for their work researching, analyzing, and writing about some of the most important topics of our time. A jury of industry specialists reviews more than fifty long-form articles published by The Walrus each year and selects a a shortlist of three finalists.